As you know, last week we made the journey back to our little bungalow in the jungle, aka the jungalow. I had capitalised on our stay in Australia by stocking up on all kinds of remote island living necessitates, so we did have some concerns as to how we were going to navigate all of our excess baggage around the 10kg luggage limit on the seaplane leg of our journey. Turns out we had nothing to worry about. Once we’d made an initial (inconvenient and somewhat embarrassing) reshuffling of our luggage in the middle of the floor in Brisbane International Airport, there were no further problems. Straight through security, customs, an uneventful flight and straight through customs at the other end.

As we are now considered temporary residents of Indonesia, we were able to skip the huge ‘foreigner’ queue at customs and walk straight to the ‘national’ desk with our special visas, where there was no line up at all. We were conscious of hundreds of eyes watching us from the other queue that snaked across the room, and we were sure that everyone was waiting for us to realise our ‘mistake’ and have turn around with red faces and go to the back of the line. I’d be lying if I said we didn’t have some of our own concerns about this scenario unfolding, and we breathed a sigh of relief as – to everyone else’s envy, our passports were stamped and approved. Phew.

We had an overnight stop in Bali where we even managed to squeeze a few greens into our luggage, keeping them fresh in the mini-bar fridge overnight. The next morning we returned to the airport – this time to the newly opened domestic terminal where we were the only 2 passengers to board a seaplane to Lombok. Our stopover in Lombok was brief, and we were able to stay on the plane while a few nationals boarded. Unlike us, they had each complied with the 10kg luggage restriction, and thankfully the extra zero that turned our 10kg of luggage into 100kg on the manifest didn’t raise any further questions. 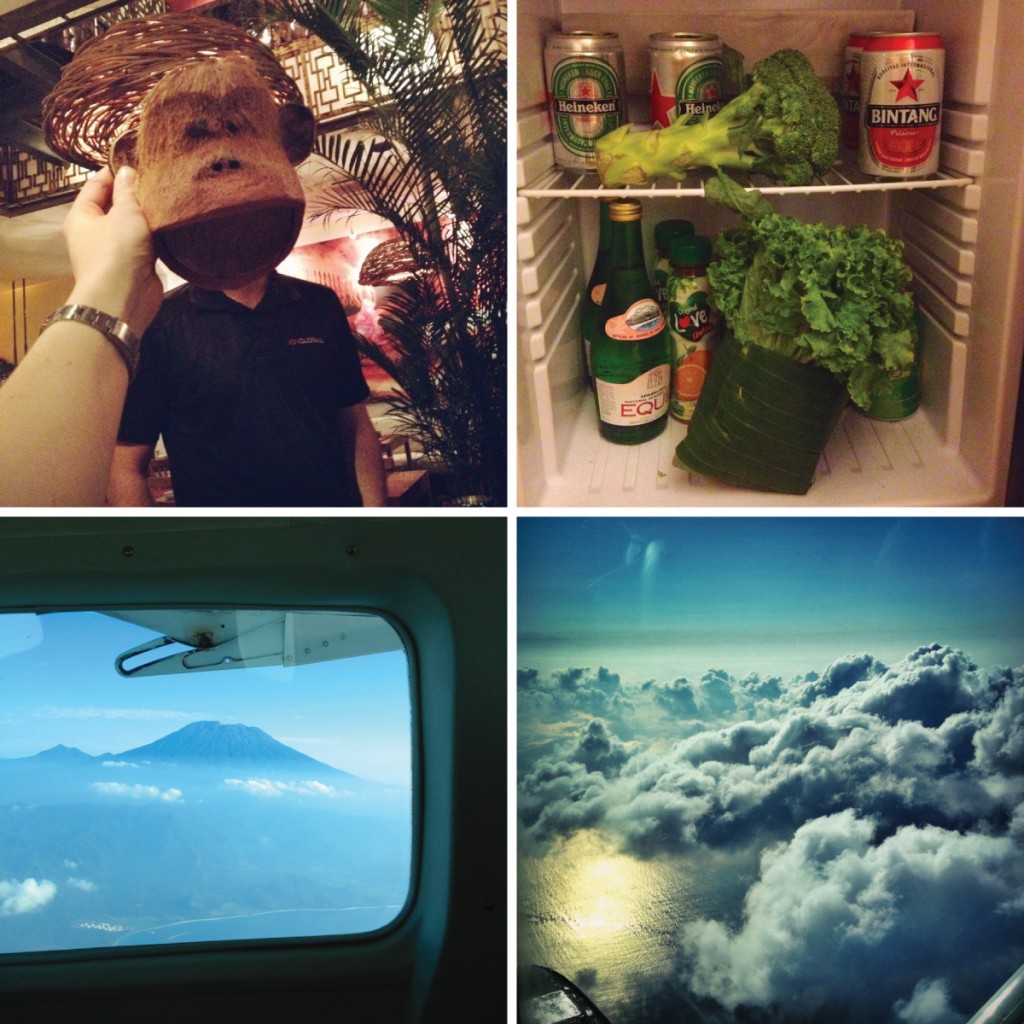 From the air, I saw that a noticeable change had taken place since I had last flown over some of these more remote islands back in June. It’s the dry season here now, and while I knew this – I was shocked at just how much the scenery viewed from above has changed. It’s soooo dry. What was once a lush green carpet of rice has been transformed by the lack of rain and gusty seasonal winds into a bare and brown landscape. 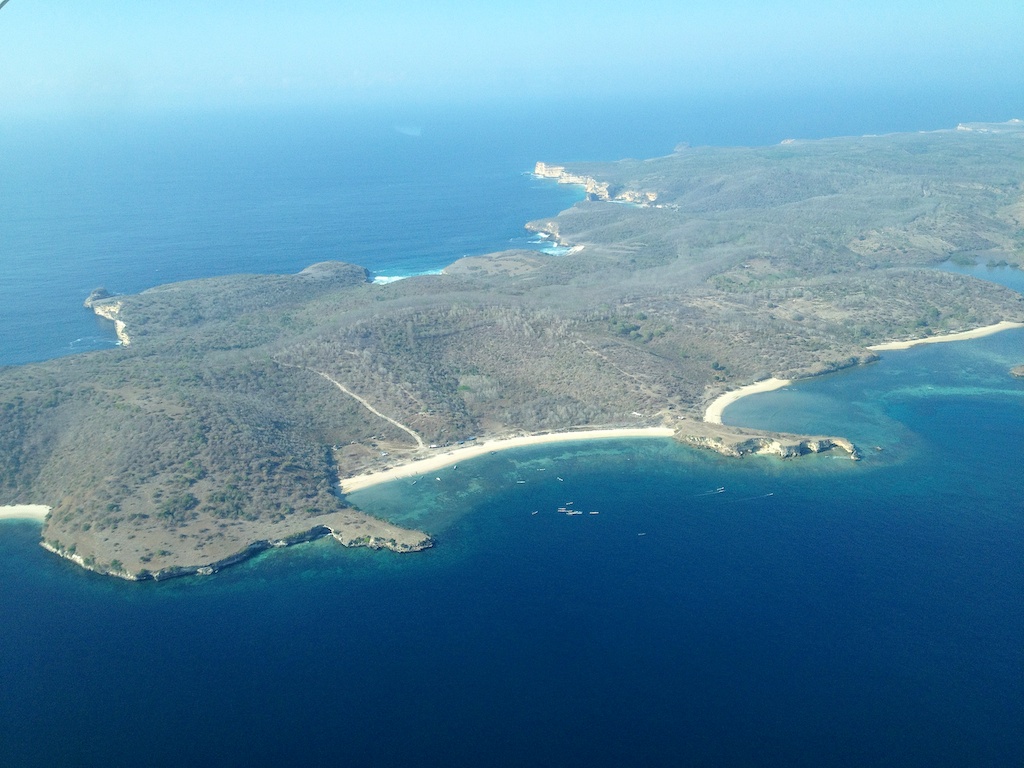 The air was hazy, full of smoke from land and forest fires, and when we arrived back on land, I saw that there was a layer of ash/dust covering everything. Back at the jungalow, I suffered an immediate and intense bout of hay fever that made me want to scratch my eyes out. One of my eyes swelled up horrifically, and I spent the rest of the day and part of the following wearing sunglasses both indoors and outdoors to avoid any untoward speculation as to the cause of my puffy, swollen eye. 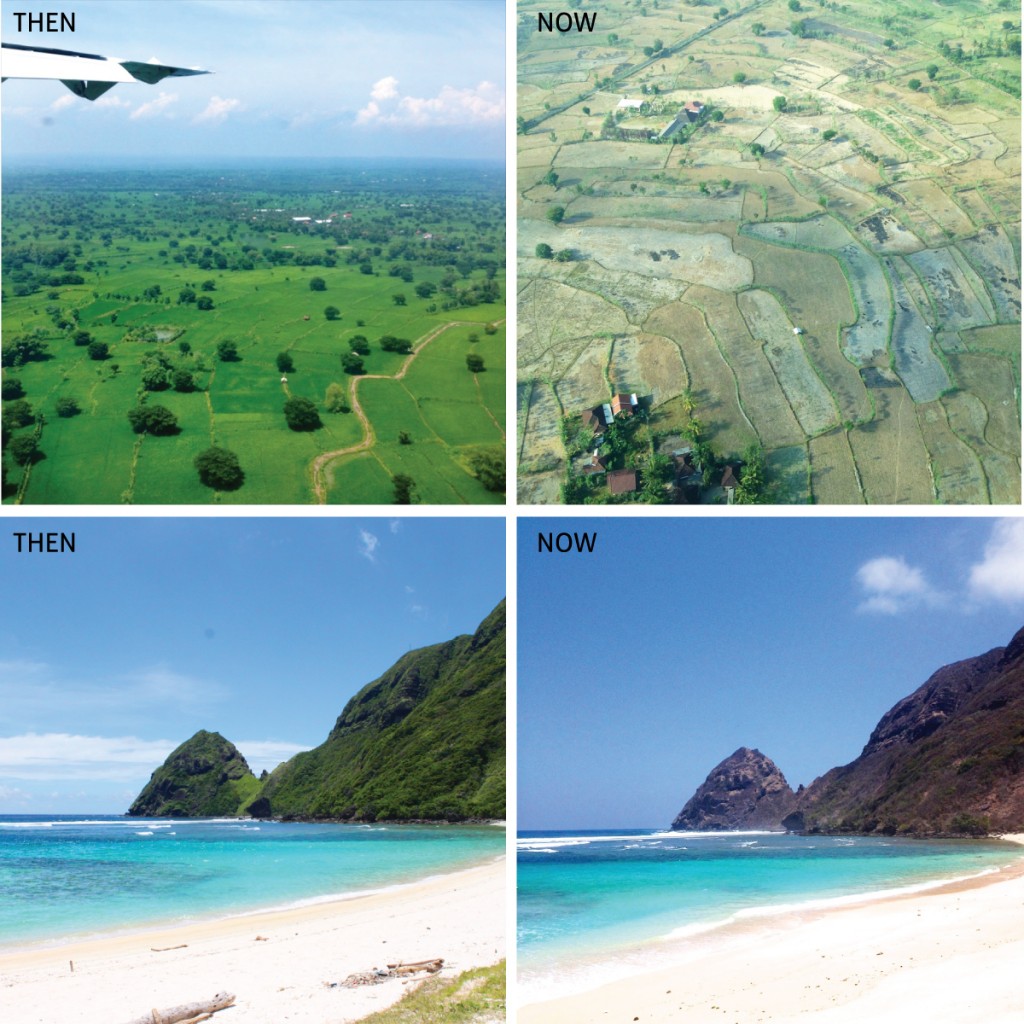 The wind has turned some of the more unprotected parts of the coastline into a sandblasting facility, stripping trees bare and leaving the landscape looking naked. The beach is covered with shells and coral brought to the shore by the wind-influenced currents. The dry heat has sucked all of the colour and chlorophyll out of what was once a dense, green, luscious jungle. Even the hibiscuses outside my kitchen window have disappeared – evidently taken by moisture seeking monkeys. 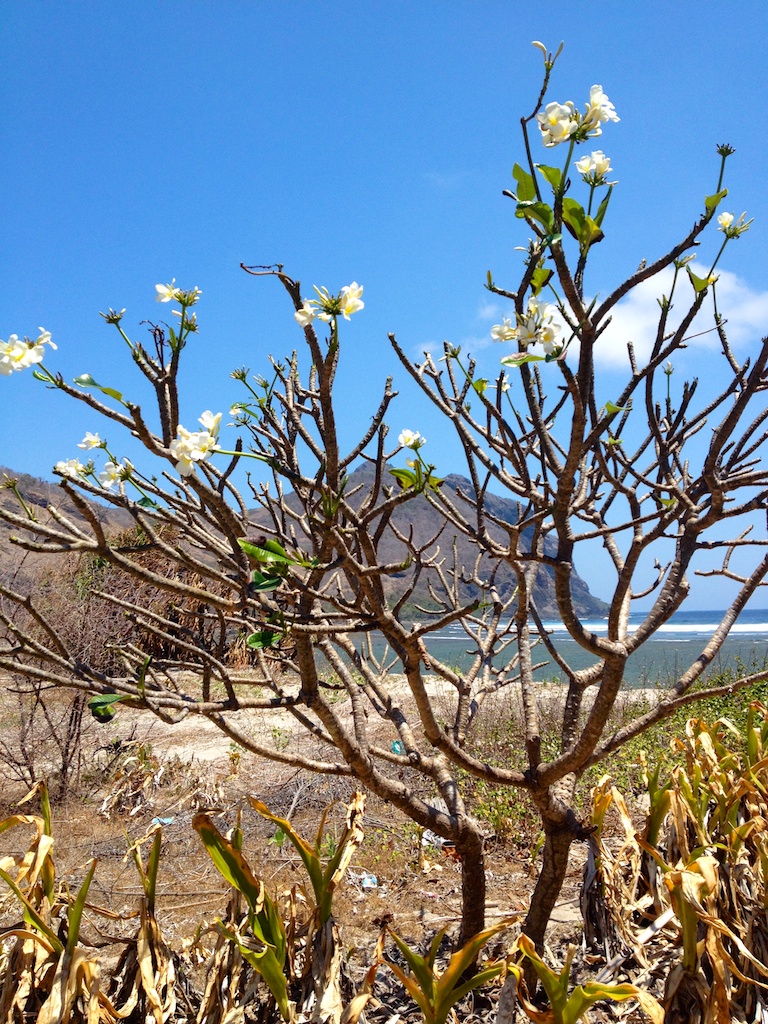 I’ve received mixed predictions as to when we can expect the skies to open and bring an end to the dry season. While I’m not exactly looking forward to getting caught up in those unpredictable monsoonal downpours again, I hope they come sooner rather than later so that this tropical paradise can burst into life again.