I have a confession. This time last week I was over in Bali with a few other jungle island inhabitants on a purely indulgent getaway that involved shopping, eating and shopping some more. I was just going to sneak over there and back without mentioning anything, incase anyone felt the need to point out the fact that it has only been a few weeks since I was last wandering around the streets of Bali. Allow me to explain.

You see, here at West Sumbawa, us girls find that our avenues for participating in any sort of retail therapy (one of the most basic female needs), are extremely limited. Life here is primitive, and if you were to set foot on this island you would understand immediately why even the idea of a shopping mall is laughable. There is no postman either, and while I have found ways to have the occasional parcel sent our way – it’s complicated and time consuming. Additionally, I’ve found that there are more parcels lost in transit than those that do eventually turn up somewhere within a 10km radius of their intended address. 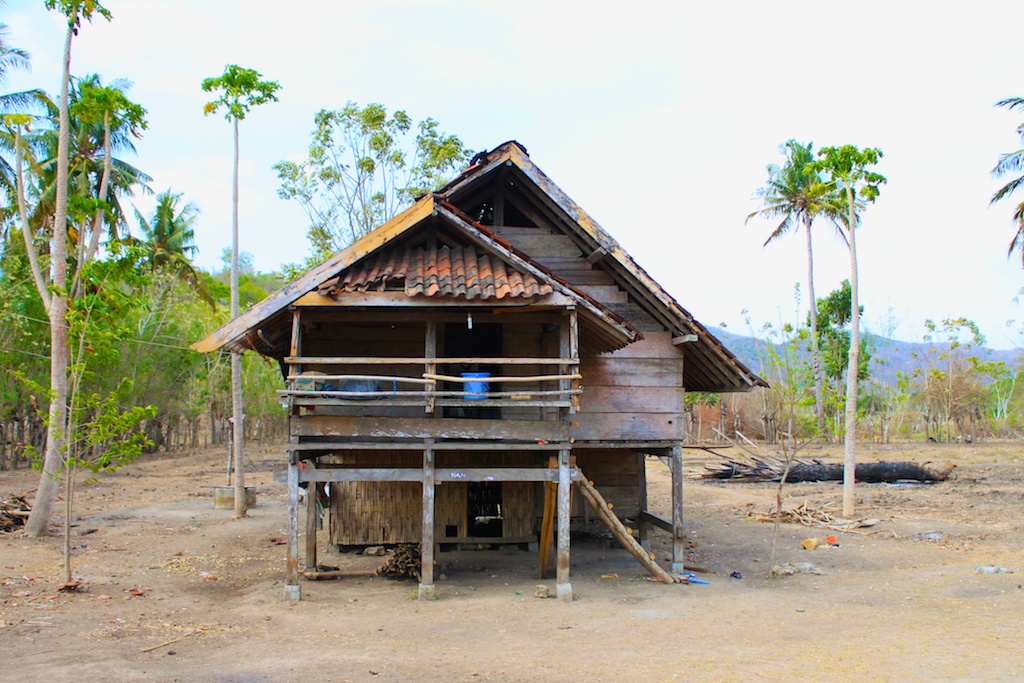 Of course, there are never a shortage of situations in which you might find yourself buying something here at Sumbawa. Often, you will find rupiah being surreptitiously pried from your white “bule” (foreign) hands regardless of whether you were intending to make a transaction or not. It might simply be a fee for having your bags carried, your car washed or for a guided tour you didn’t know you were on. Maybe you’ve inadvertently sent someone scurrying up a palm tree after you expressed your interest in sipping from a fresh, young coconut. Or it could be that you’re forced to buy back your golf balls from a budding entrepreneur who has spent the last hour indiscreetly following you around the golf course on a motorbike, retrieving your wayward balls from places you’re unwilling to enter.

While these types of encounters are frequent, in my opinion, they do not offer the same satisfaction as a day spent wandering from shop to shop, swiping that little plastic card on your own terms. There is also the added bonus of returning home with more than a few muddy golf balls and a coconut. This is why, when an opportunity presents itself to swap this isolation and shop deprivation for civilisation, and a chance to stock up on supplies – you just don’t turn it down. 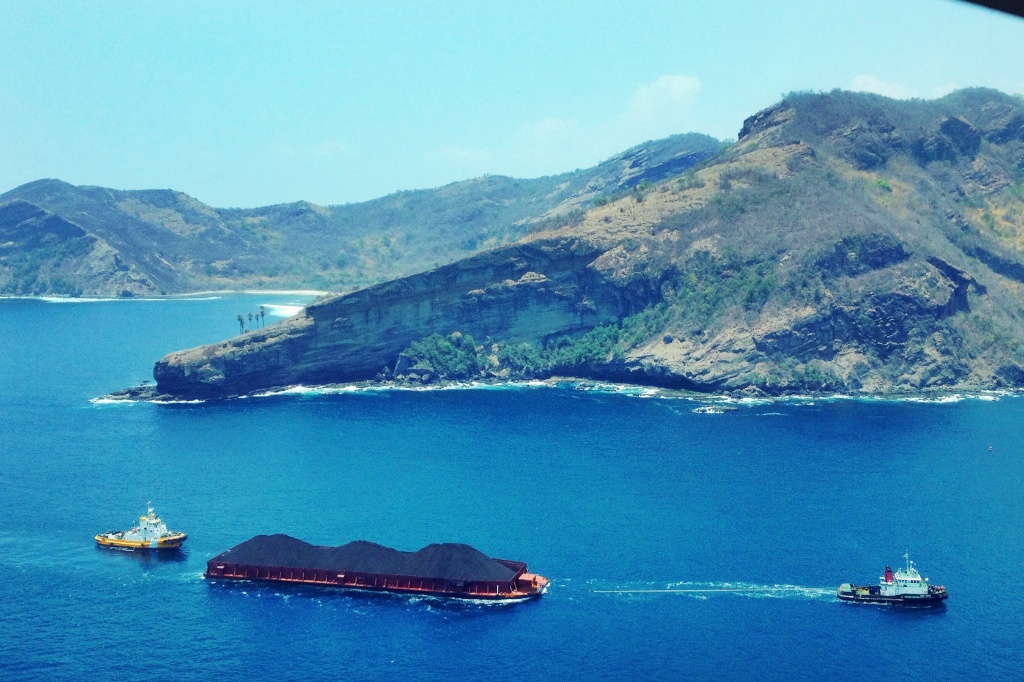 For anyone thinking that being able to duck across to Bali at short notice sounds ideal, let me just clarify, it wasn’t all fun. My travelling companions included three small children. Now I know that some people are inclined to put small children in the ‘fun’ category, but as you might have already deduced by the absence of children in my life – I am not one of those people. In fact, spending a few days with three of these dependent little beings may have sent my ovaries into further hiding, unwilling to be involved in the bringing of one of these beings into existence.

There were in-taxi nappy changes that I feel sure would have restored an anosmiac’s sense of smell. Then there was those tiny bladders that brought me to the realisation that instead of going from shop to shop as planned, we were in fact spending our days going from toilet to toilet. There were in-restaurant meltdowns that had me wondering whether disappearing under the tablecloth would be an appropriate course of action. I believe I uttered the phrase ‘hold my hand’ more times in those three days of shopping than I have in all the years I’ve had a man in my life.

The excruciatingly slow pace at which we were able to tick things off of our shopping list meant that every night, we found ourselves each carrying a child who was as responsive (and as heavy) as a sack full of potatoes through the crowded streets of Seminyak. We received many accusing stares from strangers, so obviously mistaking us for irresponsible nightlife lovers who were incapable of organising a babysitter. Unable to explain in an equally expressive glance that we were in fact shop deprived island inhabitants who had just spent the day navigating Bali with three children in tow in an effort to ensure a future supply of bin liners, nappies and ziplock bags, we had no option but to avoid all eye contact. 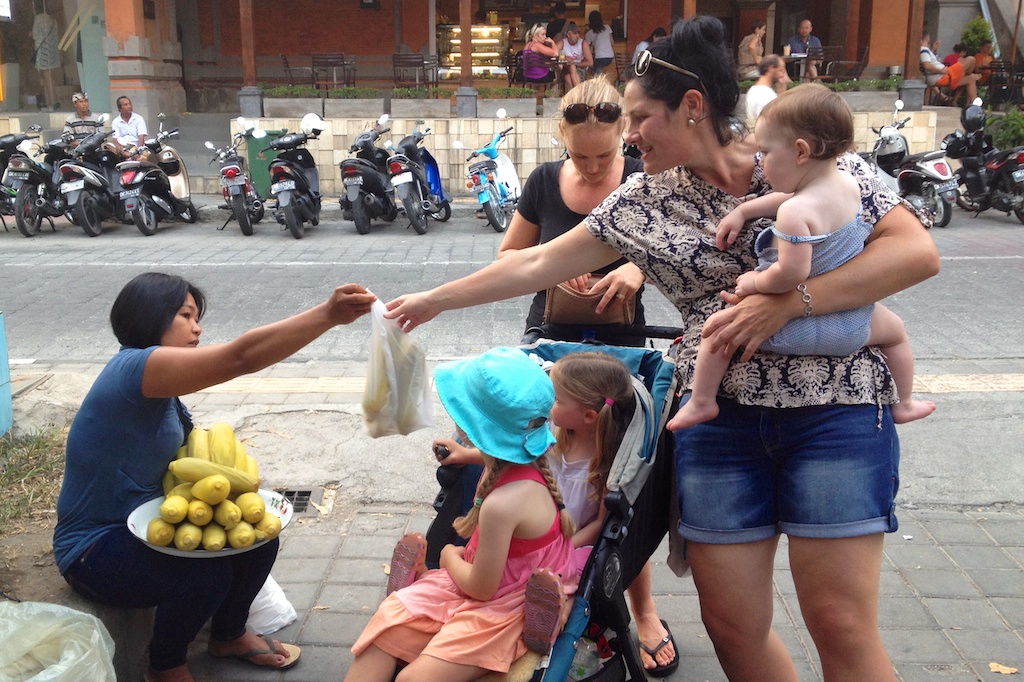 It turns out that when it comes to sustaining liveable conditions on a remote island, your priorities change. When I’m shopping now, I no longer fill my suitcase with clothes and shoes as I would have in the days before our relocation to a remote island. I now find that a greater percentage of the contents of my jungle bound baggage is edible. Even in the minutes before we were supposed to get into the taxi back to the airport, I found myself run-walking down the deserted streets of Seminyak at 7am in search of some lettuce, a head of broccoli and a fresh loaf of bread. A little further along our return journey, in Lombok – I added a bunch of parsley to my handbag, along with a cold water bottle to keep it fresh. Let’s just say I’m now accustomed to strange looks as my bags pass through x-ray machines during my travels.

Unfortunately the seaplane was unavailable for our return journey to the jungle, so we spent a whole day travelling by taxi, plane, van, ferry and car with three children who evidently weren’t at all impressed with the travel arrangements. While I’m sure some passengers were relieved to step off of the heaving ferry onto dry land at the end of the day, I was more elated by the realisation that I wasn’t required to take any small human beings home with me. My feelings of relief were so deep that even when we were pulled over by the local traffic authority on the final leg of the journey and my husband kindly informed them that I was an illegal immigrant, I was unmoved. 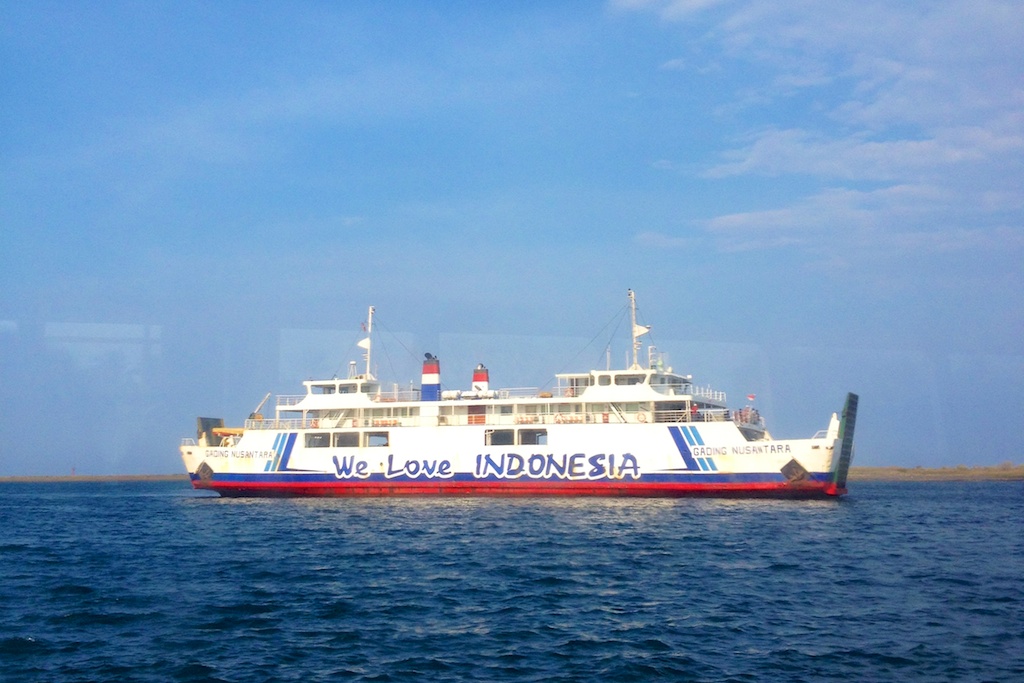 Perhaps the most valuable thing I acquired during my Bali break was the information that there is in fact a way around the 10kg seaplane luggage limit. The girls introduced me to a driver, and a courier/freight company that work together to deliver goods of any description from Bali right to our door here at Sumbawa. I thought that was worth sharing even though it effectively means that the very name of my blog is now somewhat invalid. I feel sure that should we have any luggage problems in the future, we will be taking full advantage of this service!

2 thoughts on “A Confession”