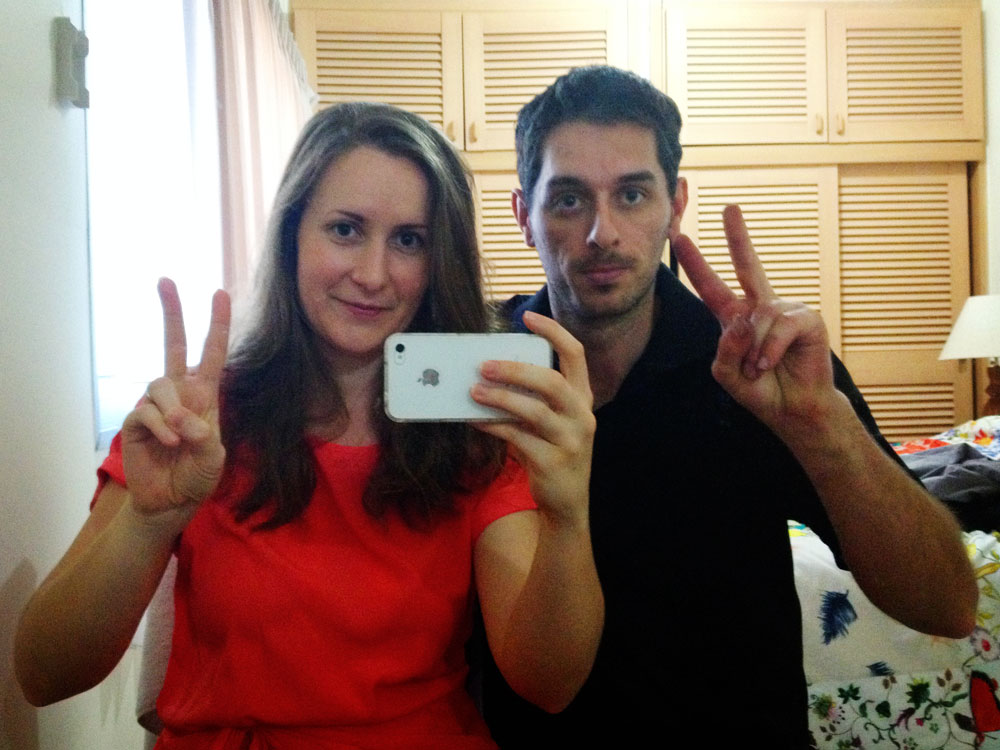 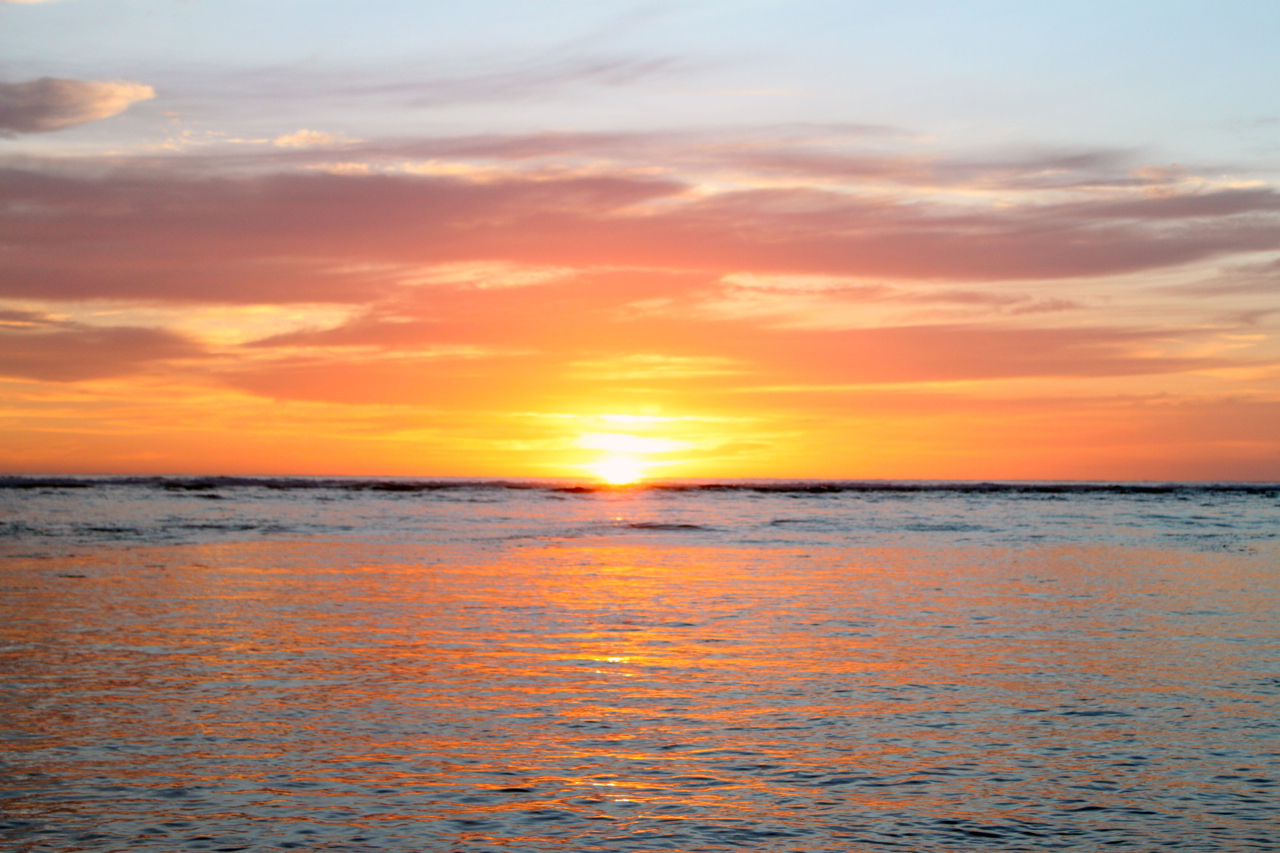 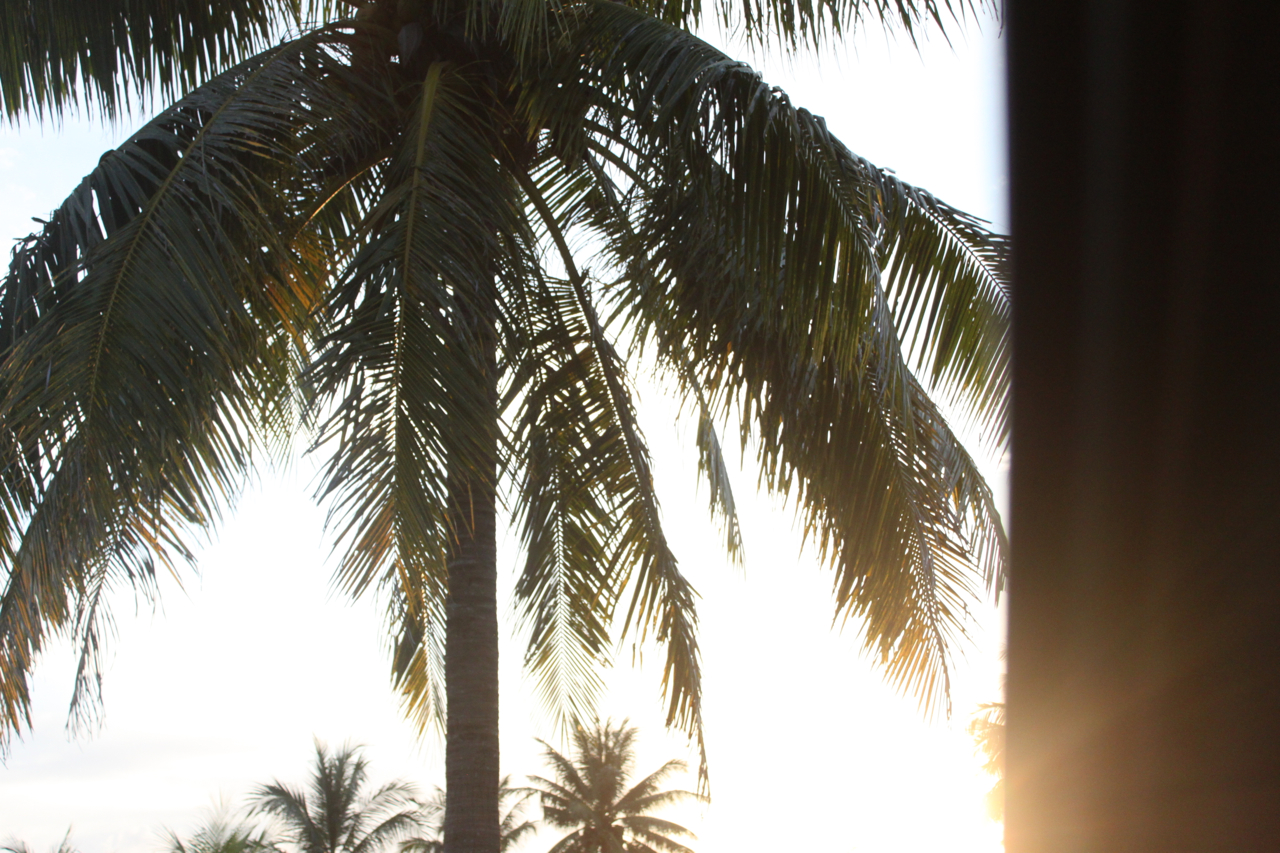 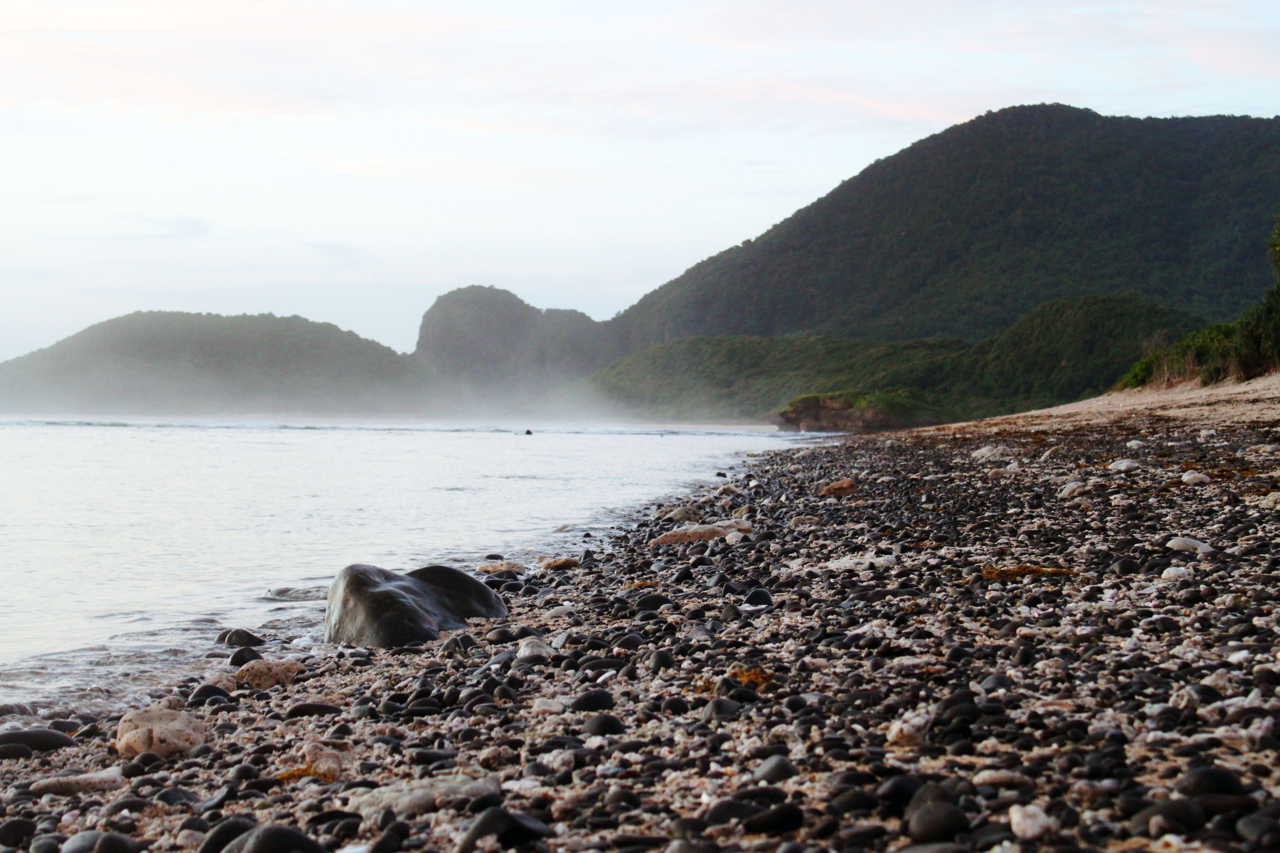 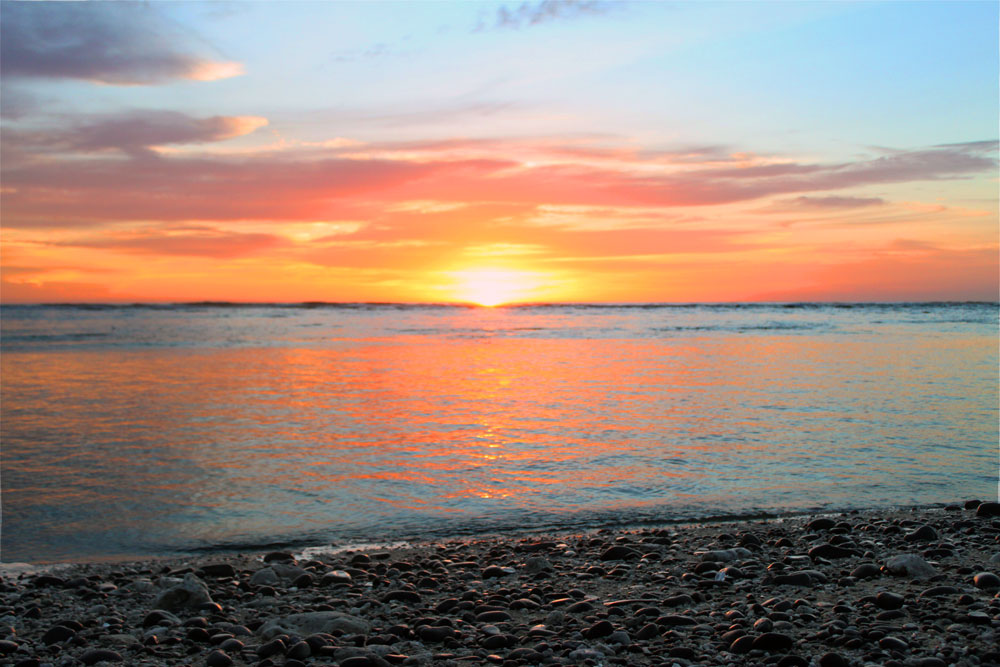 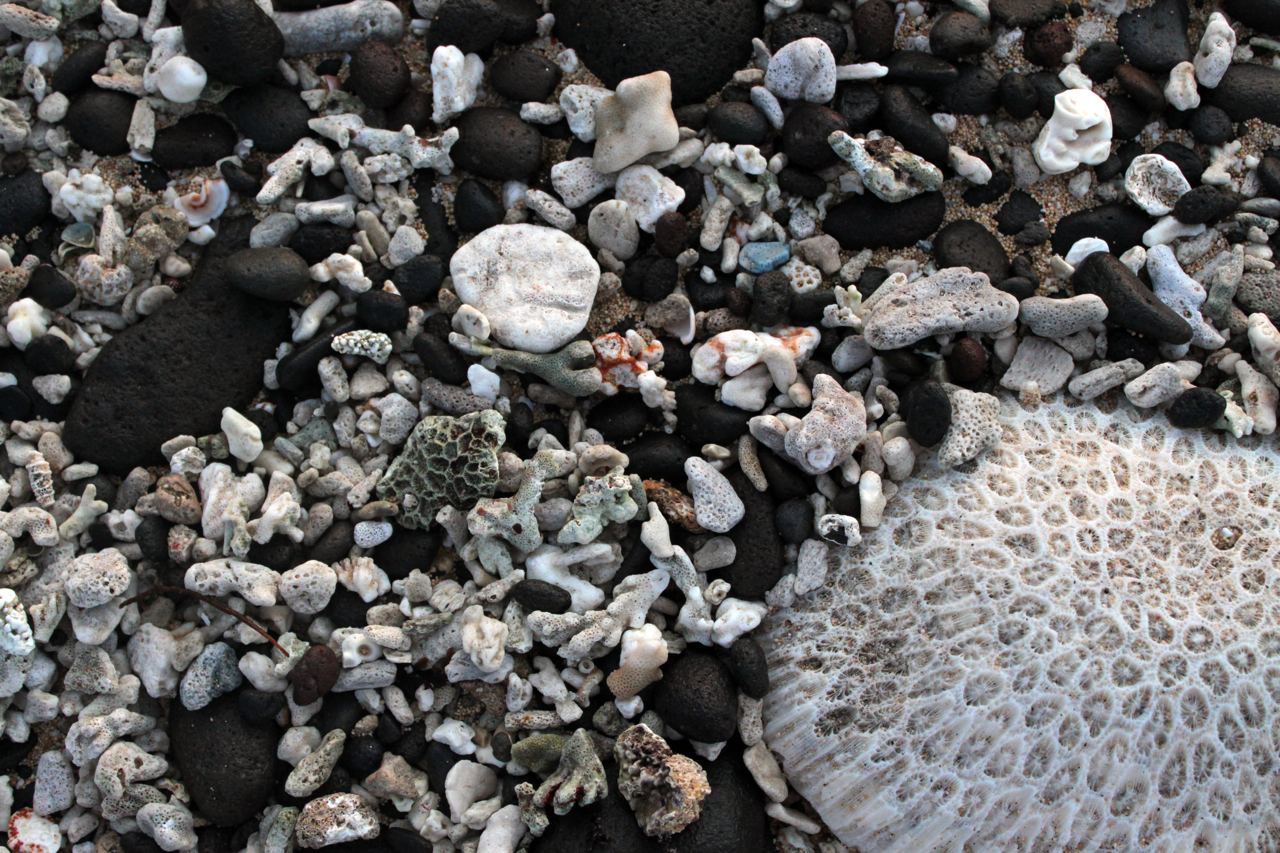 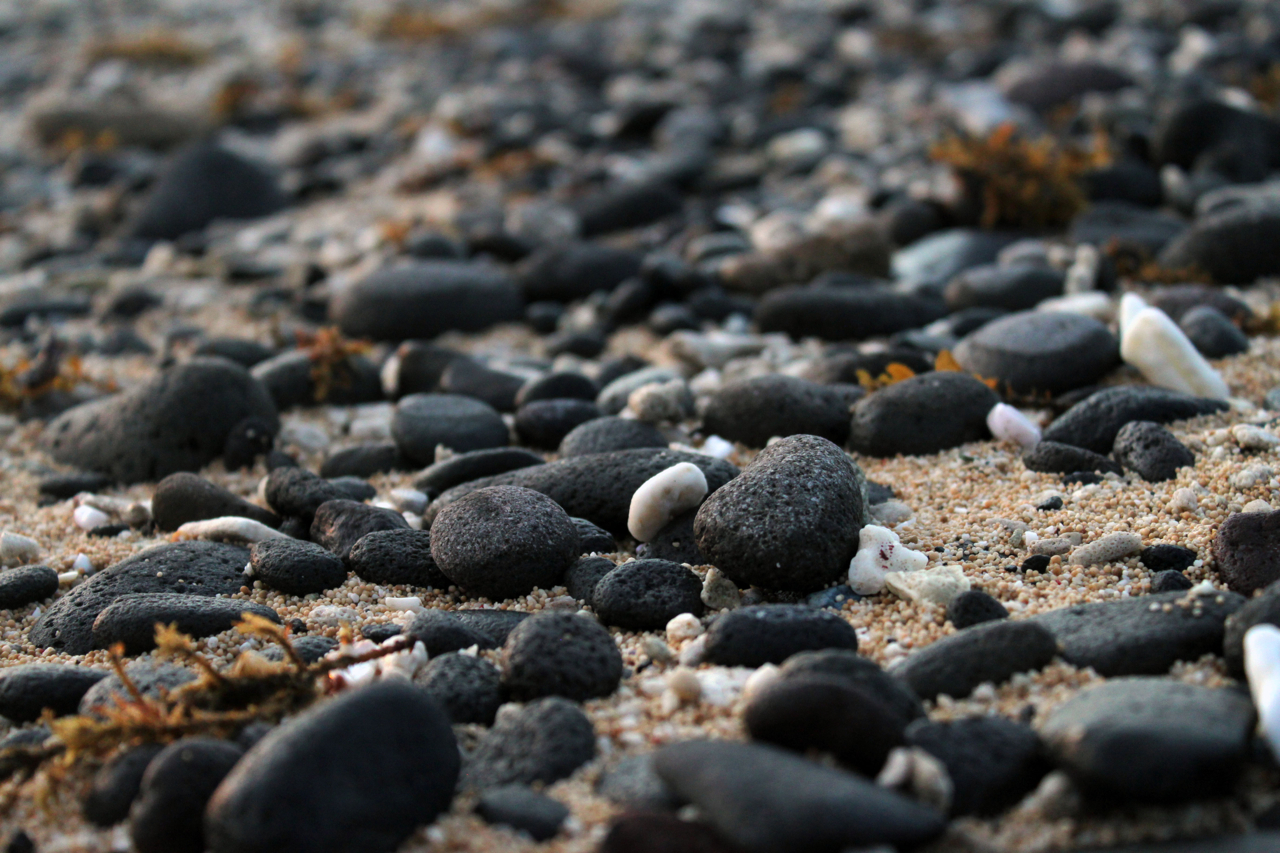 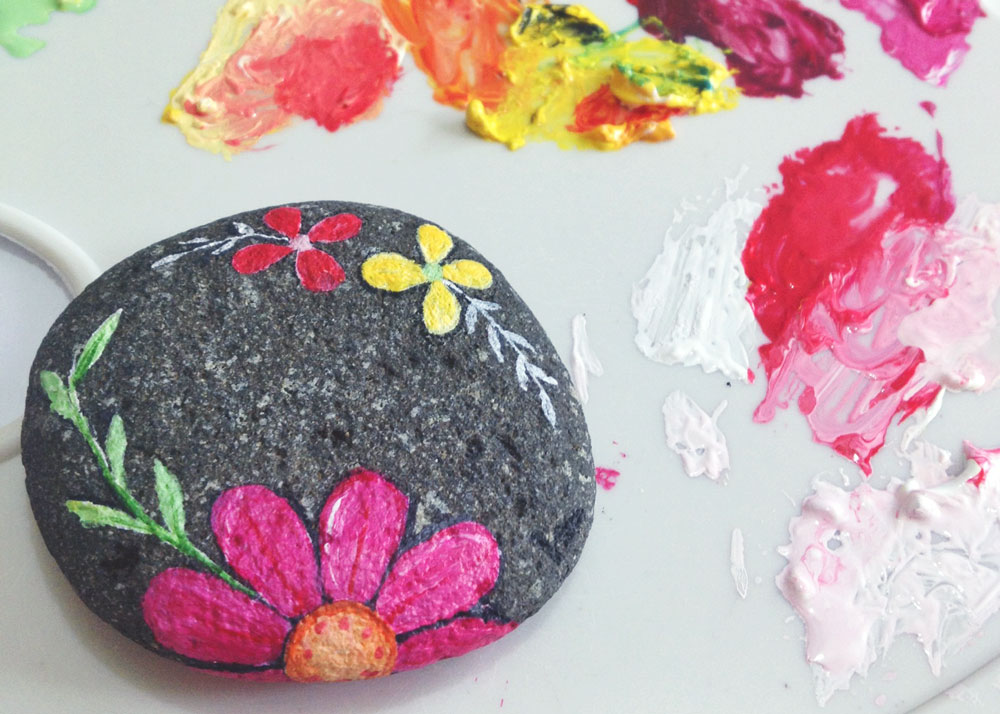 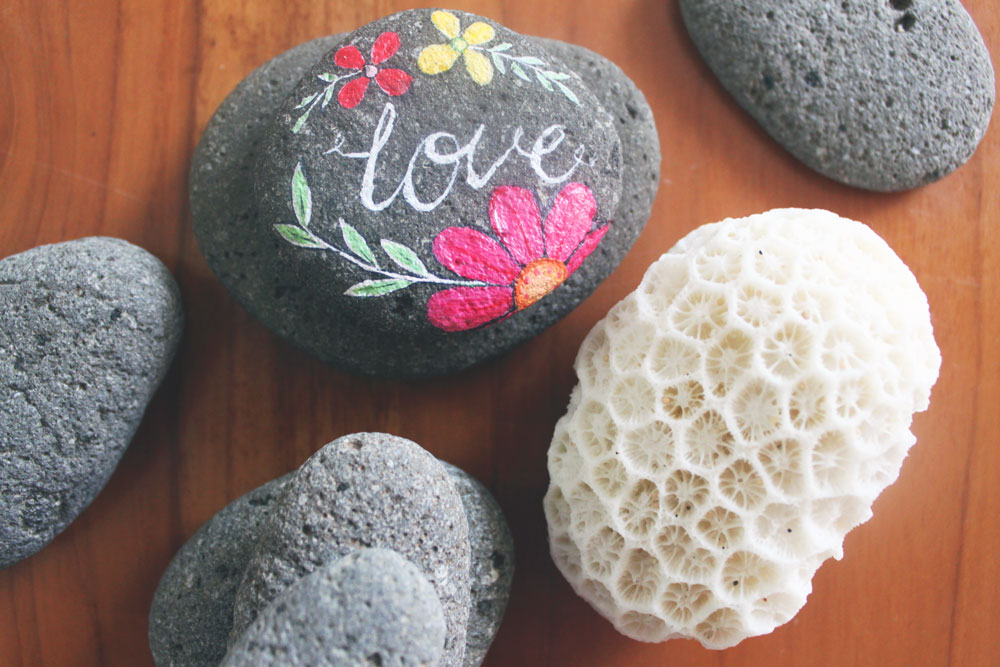 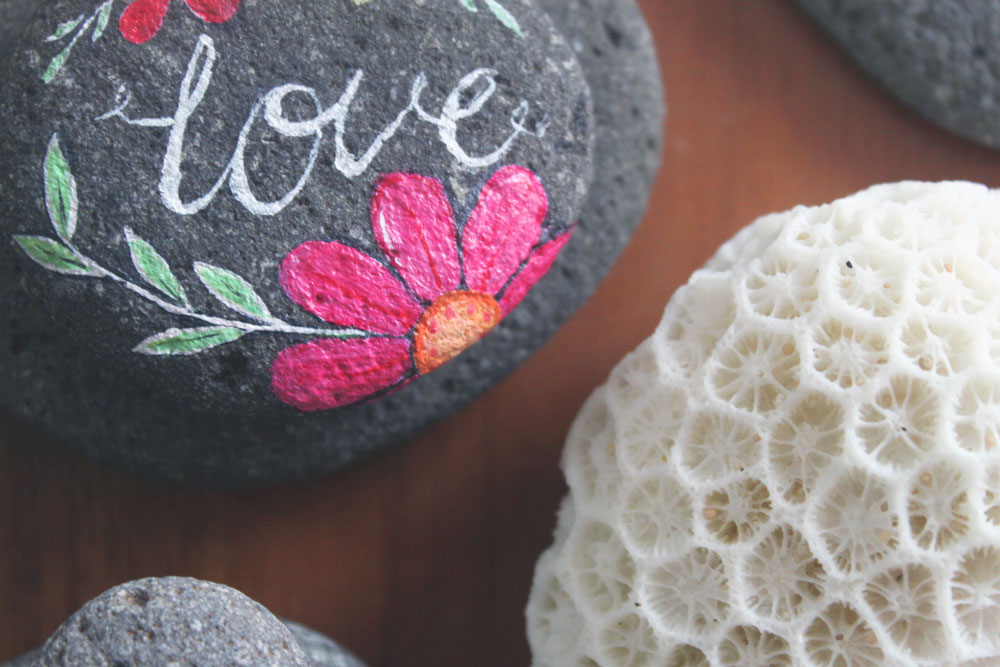 For the last 6 weeks we have been getting around this little island town solely on foot. (No pun intended.) Getting licences, like everything – is a process that takes time. A few weeks ago we made the journey to the police station at a village called Taliwang to get our Indonesian licences. We were told in advance that whether we got a licence or not would depend on the amount we paid the men behind the desk at the station. We were advised to have the money ready in an envelope, and once we were at the police station, to hand it over and ask no questions. We took this advice, paid our ‘skin taxes’ which were the equivalent of 100 AUD, and sat down to wait beside a sign that ironically read “Stop Korupsi”. As you may have guessed, that would translate to “Stop Corruption”. Thankfully, we must have handed over enough money, because we left the police station a few hours later with licences in hand. 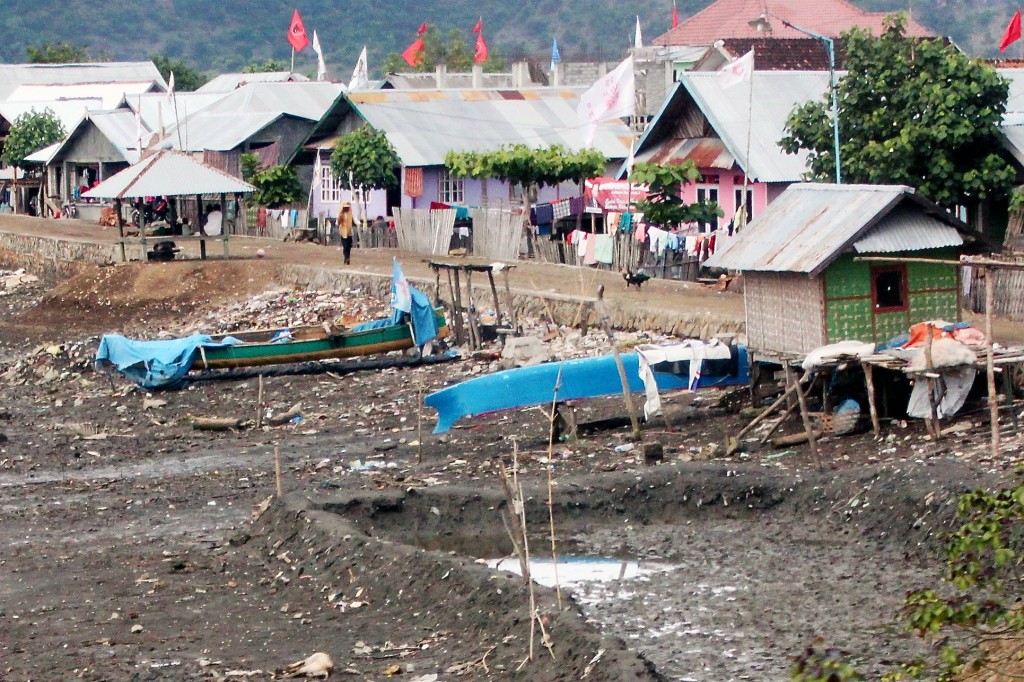 Sadly, getting Indonesian licences didn’t help much with our transport situation as we still weren’t licensed to drive inside the gates here at townsite. Out of necessity, Barry was first to go through that procedure – undergoing a mine specific theory test followed by a practical examination. Unfortunately for Barry, the theory test was written in Bahasa, and required 100% for a pass. After a few failed attempts at picking out key words he was familiar with and trying to fill in the blanks, the examiner took him by the wrist and guided his hand to the correct answers. Thankfully, such helpful intervention wasn’t required when he undertook the practical test!

On Friday Barry came home from work all licensed up, and we would have been all ready to go places except that we were still without wheels. Our assigned car was getting serviced on Friday, and we were told that it would be dropped off at our house on Saturday. I could barely contain myself at the thought of getting out of townsite and spending a day snorkelling, swimming, and having food and drinks delivered to us on the beach.

Saturday dawned, and after a leisurely start we made our way downstairs and opened our  front door, expecting the chariot to await. No sign of it. Lunch time came – still no car. We sat around all afternoon waiting, jumping up and going to the window every time we heard a car outside – but still nothing. Barry was still adamant that the car would turn up, and we would be able to go out for dinner. As the sun set though, my hope faded – I was getting hungry and all of my comments seemed to be oozing with sarcasm. I didn’t want to eat because I knew the moment I filled my stomach and destroyed my appetite, the car would pull up outside.

I held out for another hour, until every last bit of hope was extinguished before I went to the kitchen buttered myself a slice of bread. I sat on the floor eating my bread sandwich, completely bummed. As I finished last mouthful, I said to Barry ‘You know the car will be here any minute now that I’ve eaten that’. Approximately 2 minutes later, the car pulled up. 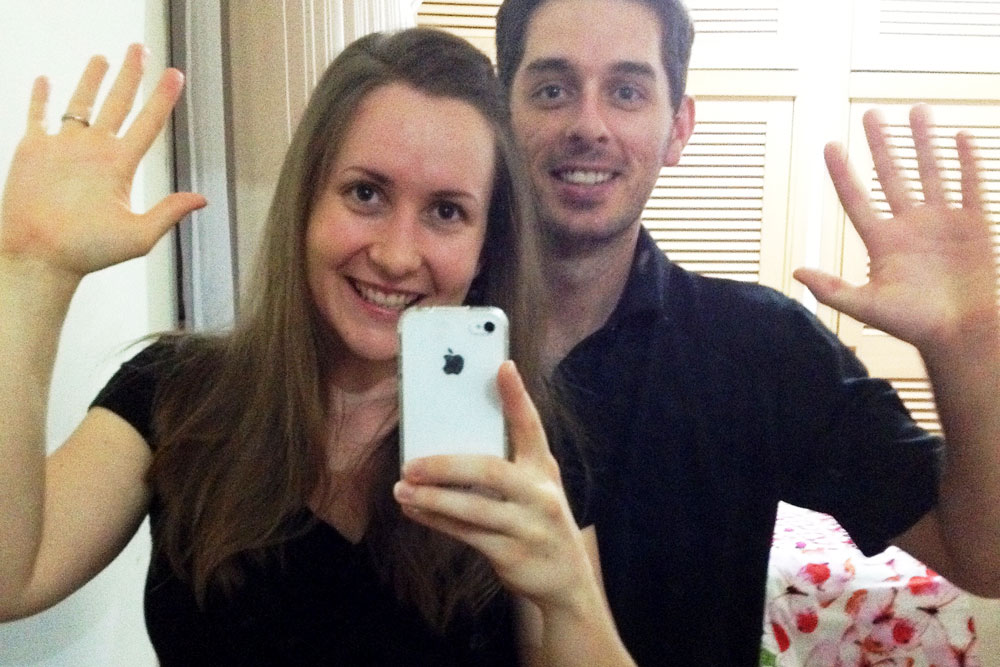 We decided that it wasn’t too late to turn things around, and we called it a date. Hopping into our not so shiny and new vehicle, we noted the absence of ‘new car smell’, and took a moment to refresh ourselves on all of the driving rules that exist within townsite. The rules inside the gates seem to be somewhat overcompensating for the lack of traffic order in general outside of the gates. You have to beep the horn 3 times before you reverse, twice before you go forward, the speed limit in the school zones is 20km/hr, and 30k/hr in the rest of town. At the gate you have to stop the vehicle, turn off the engine and put the handbrake on. While the car is searched by security, (we’re still not quite sure what for) your ID badge is scanned and you’re quizzed on where you’re off to.

We decided we were going to The Tropical, which is a surfing resort just down the road. We’ve been to The Tropical on a few occasions, and even spent a night there in the ‘honeymoon suite’ before we were able to move into our house. If you read up on some of the reviews of The Tropical on Tripadvisor you will get a bit of an entertaining insight into the way things ‘work’ around there. The resort is run by Australian surfers, and it draws a particular calibre of suntanned, shoeless, board carrying guests. On this night in particular, it appeared that several of these matted haired guests were intoxicated which only added to their charm.

Things started off so well for us – we ordered our meals, and sat there sipping lime juice while we watched the torchlights of all the little fishing boats out on the water. Our spring rolls arrived, and we’d just begun sampling them when there was a HUGE explosion that sent Bazil diving for cover and left me sitting motionless, frozen to the spot. Whilst I had a somewhat delayed reaction and appeared to be calm on the surface, I believe I may have nearly wet myself.

It turned out that one of the surfers in his intoxicated wisdom, had decided to kick off a fireworks display on the beach. Clearly lacking any sort of pyrotechnical skills, the surfer narrowly avoided having his long bleached blonde hair spontaneously restyled and recoloured. Having attracted the attention of his buddies, the surfer returned to the sand with (to my dismay), a whole armful of fireworks. I watched with growing anxiety as one after the other, the rockets failed to launch and they exploded randomly in all directions, shooting across the grass and sending the surfers staggering drunkenly out of harm’s way. Barry tried to assure me that it was all ok, and I replied, ‘It’s all good until one comes flying towards us and we can’t get out of the way.” He dismissed my dramatic statement, and of course the very next rocket came straight towards us, exploding just metres away.

Having a firework explode in your face is not something you want to happen on a remote third world island. I was fuming. I could feel the beast inside tugging on it’s leash, ready and wanting to take them all on. Barry saw the fury in my eyes, and reached out to take my hands, whether in restraint or reassurance I’m not sure. He politely asked the surfers if they could take their fireworks away from us. One of the surfers apologised, and went and picked up a different type of firework. He held this one up in the air and it sent intermittent explosions up into the sky.  A little calmer, I remarked ‘You know, that’s not going to keep him entertained for long.. I bet he starts aiming it at the others’. No sooner had I finished the sentence, when someone yelled out ‘Have a war!’

At this point, our meals were brought out but my stomach was in knots and I found eating to be out of the question. As I watched the surfers stumbling around launching fireworks at each other, all the while getting close and closer to our table I couldn’t help but feel we were getting our own private viewing of a tropical island inspired version of “Dumb and Dumber”. When one of the surfers decided to hide behind a pole right beside me I turned to him and said through gritted teeth “Could you please move away please. To put it nicely. Please.” When my overuse of the word please had no effect, I picked up my plate and went and sat with my back to the world at the bar. I figured hair would grow back, but a disfigured face would not. Barry joined me, and we ate the rest of our meals in a silence that was punctuated only by the occasional bang behind us. 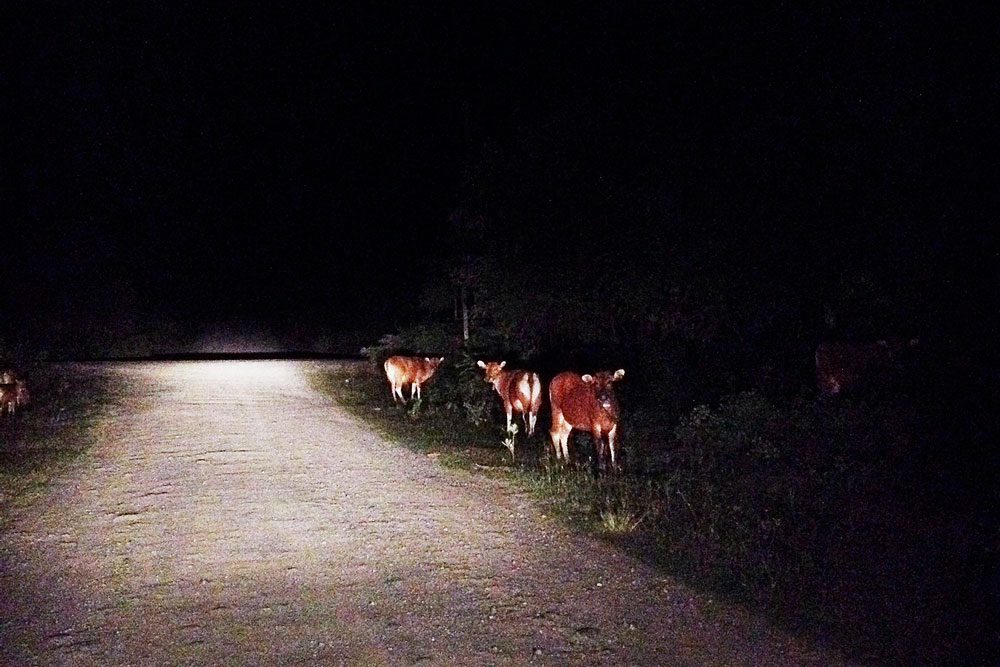 We were glad to drive off into the darkness, watched only by the inquisitive gazes of several cows grazing beside the road. Concluding that the night was still young, we decided to take a bit of a detour off of the gravel road that lead home, onto a bitumen road that appeared to run parallel to the coastline. Barry thought he’d see how the car responded to some downward pressure applied to the accelerator. As soon as the speedometer reluctantly crept up over 50km/hr however, several components of the vehicle broke into a chorus of unhealthy sounds that suggested that the car wasn’t built for any sort of speed.

Concerned that a breakdown was imminent, and not wanting to spend a night stranded in an Indonesian jungle, we decided that it just wasn’t our night and we headed home. If you’re following our adventure on Facebook, you will know that this story doesn’t really end here! Check back here tomorrow for the rest of the story!