According to my number 1 fan (who always provides me with the most honest, yet sometimes harsh) feedback, my last blog post was too long and wasn’t a very good read. Not my best writing was his summarisation. His advice was to write smaller posts, and to keep the details to a minimum. I’m no longer sure where the week starts and where it ends with regards to my ‘week that was‘ posts – the days and weeks are just all merging into the one big adventure here! I realised this morning when I started to put together another post that I actually had many things I wanted to share, and at the risk of creating another wordy blog post that my husband would struggle to finish reading, I thought I’d give a brief summary of 10 things from the last 10 days.

Noticing that the crayfish I saw at Sardine restaurant in Bali share similar characteristics to this crustaceous body part I discovered a while ago on the beach. I feel like I’m one step closer to positively identifying the mysterious creature that this spiny limb once belonged to – maybe it belonged to something like this? 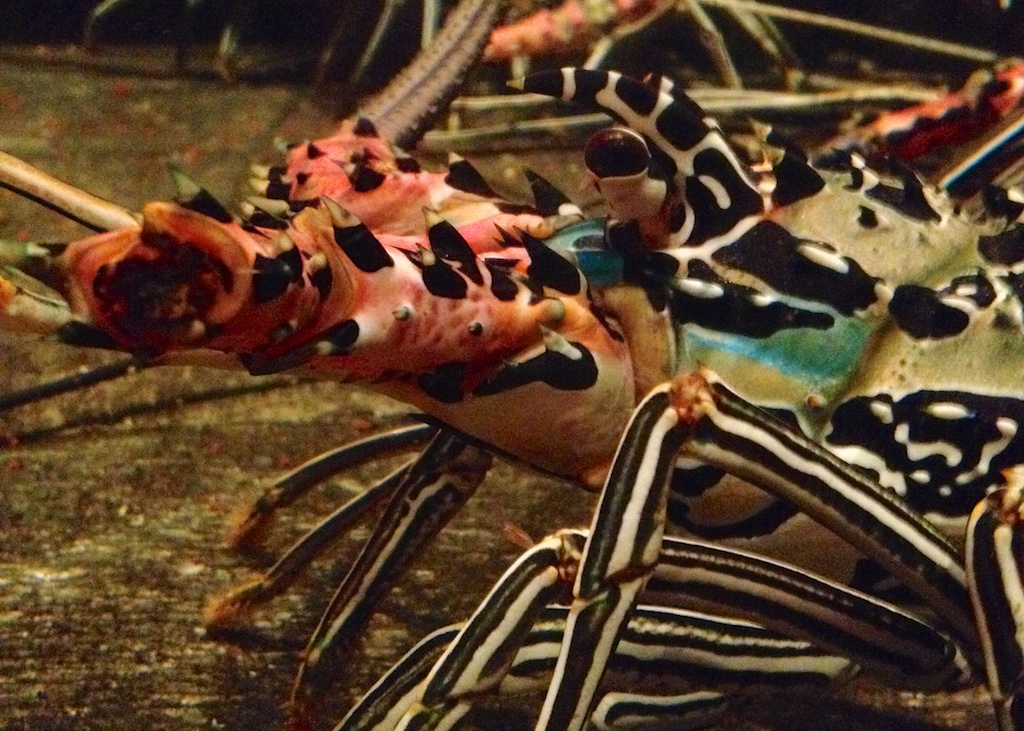 Marvelling at the fact that it has been 5 weeks since I’ve used shampoo or conditioner. Yes that’s right, I’ve officially adopted the ‘no poo method‘ – using baking soda to wash, and apple cider vinegar to rinse. It’s taken a lot of commitment, especially in the initial adjustment period where my hair was producing so many oils that leaving the house without the disguise of a hat wasn’t an option. I wanted nothing more than to strip all of those oils away again with a bottle of shampoo! Then there was the open wounds/injuries I sustained out on the reef – using apple cider vinegar in the shower wasn’t a particularly pleasant sensation at the time.

It’s definitely not the most convenient or pleasant way of washing hair, but I’m really glad I stuck with it. Not only will I save myself the hassle of trying to keep myself supplied with my favourite shampoo/conditioner here on the island, but my hair is already looking and feeling better for it. I only have to wash my hair a couple of times a week now (previously it was every day), and it’s getting more and more manageable in this humidity.  I would take a photo, but there’s one small problem.. 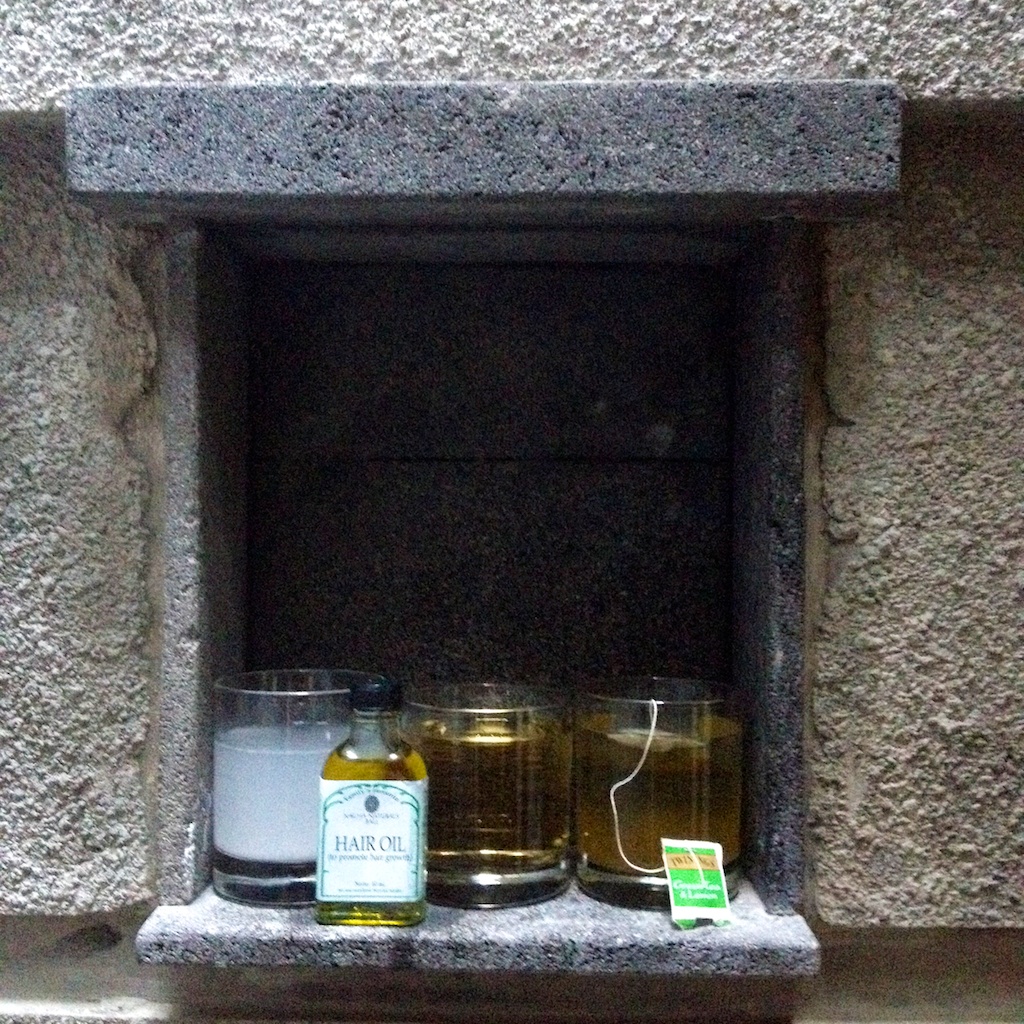 Wishing I hadn’t let a non English speaking Indonesian ‘hairdresser’ anywhere in the vicinity of my long locks of hair with a pair of scissors last week. All I wanted was a trim – a bit of a tidy up. Bazil and I both sat down in front of our hairdressers at the exact same time, and I could see his haircut taking place behind me in the reflection from the mirror in front of me. He was being attended to with the greatest of care and attention to detail. Unfortunately, I wasn’t receiving the same kind of love. I could see (and feel) that my hair was being hacked at ruthlessly, the ‘hairdresser’ chopping away at it carelessly and with an apparent lack of competence.

Bazil was still sitting in the chair getting little touch ups applied long after my hairdresser had claimed ‘I finished’, dropped her scissors and walked away. I sat there stunned. Speechless. When Bazil’s haircut was complete, he spun around in his chair and faced me. He was horrified, and exclaimed loudly “What happened to your hair?” Everyone in the salon turned to look at me. “Hair gone!” someone helpfully explained. Back in a taxi, Bazil urged me to go to another hairdresser to see if the situation could be improved at all. I refused to set foot inside another salon though, concluding that hair grows back – and the less incompetent scissor wielding Indonesians to get their hands on it, the faster that growth will occur. 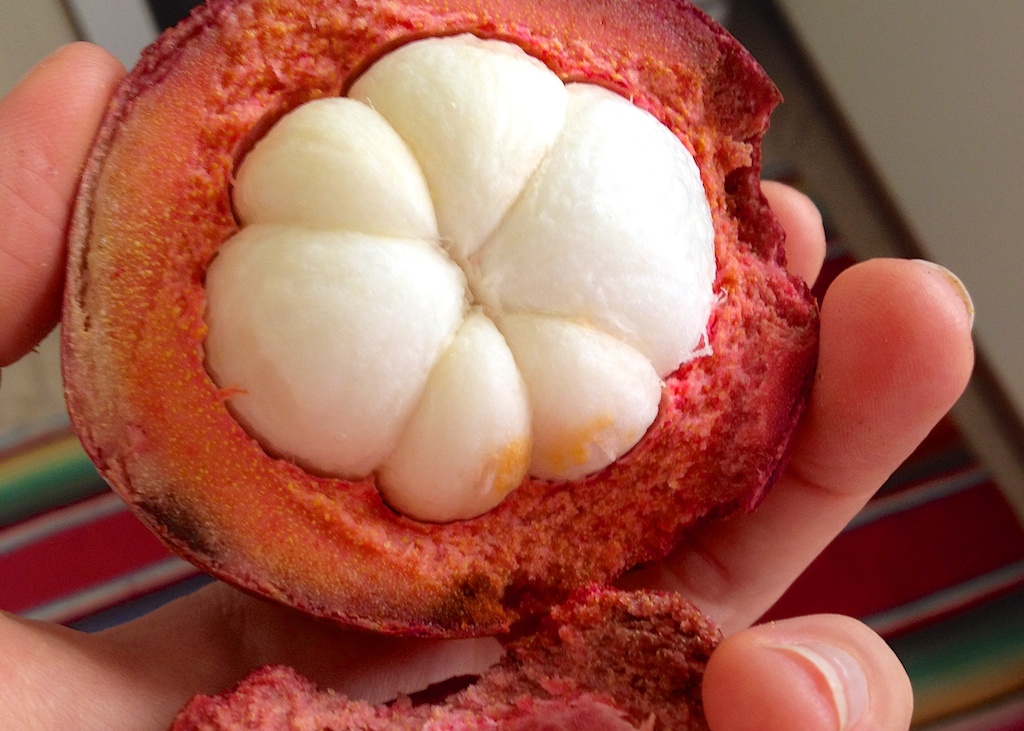 Loving this tropical super fruit I discovered in Bali. I had never noticed before, but it turns out mangosteens are available right here in the little shop up the road! I’ve learnt that this amazing fruit is packed with vitamins and antioxidants called xanthones which have amazing healing properties.The list of health benefits is long, and I’m thankful that I’ve finally found something in that shop that has some sort of nutritional value! We may get out alive after all!

Looking forward to a time when we return to Australia for a visit, and I can go out in public and blend into a crowd. I am so tired of standing out, being the ‘bule’ (foreigner), and feeling gazes follow me wherever I go. I don’t take my camera out much, it draws even more attention to the fact that I don’t belong here. In a poverty stricken village where my camera (as basic as it is) could probably buy a house, I end up feeling so uncomfortable with it hanging around my neck that I almost always choose to leave the house with my iPhone tucked away in a pocket instead. 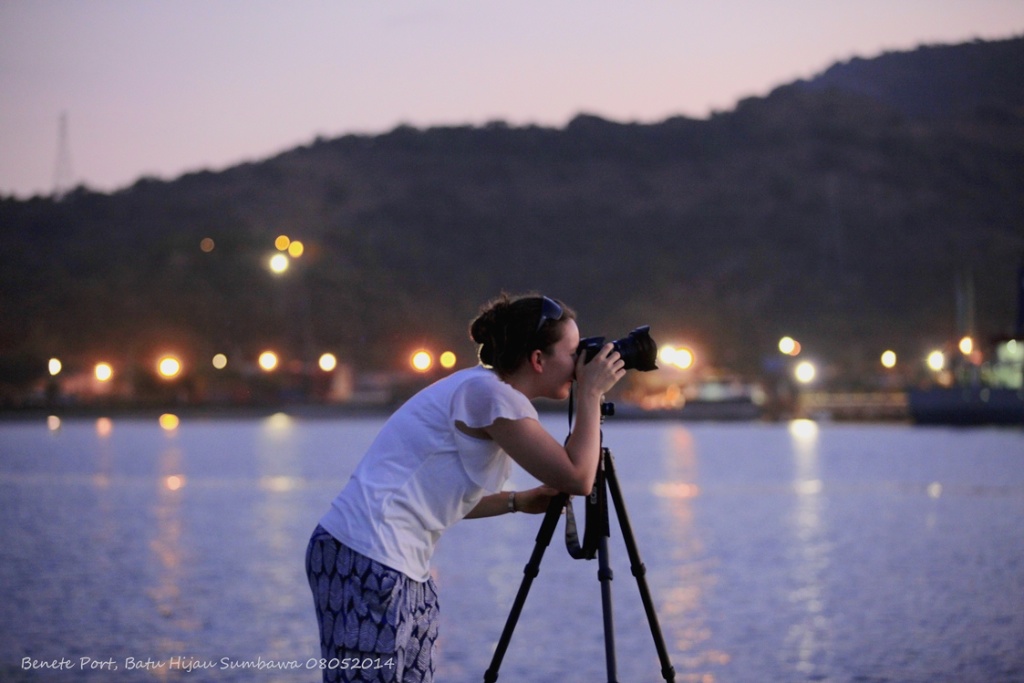 I was glad for the opportunity to go out photographing last week with an Indonesian friend – she loves photography and she took me to a place where we could photograph the sunset, and the lights of the port at dusk. I took photos of the sunset as planned, and she took photos of me photographing the sunset. I hadn’t planned on becoming the subject of a photo shoot, and I definitely wasn’t prepared for the crowd of locals that gathered around watching me either. I’m not a photographer, and it’s only since we arrived here that I’ve spent some time actually getting to know some of the more technical aspects of photography. This was one of the first opportunities I’d had to put some of the theory I’ve been absorbing into practice, and I would have preferred that I didn’t have the added pressure of ten curious Indonesians leaning in to view the results of each photograph taken on my camera’s LCD. 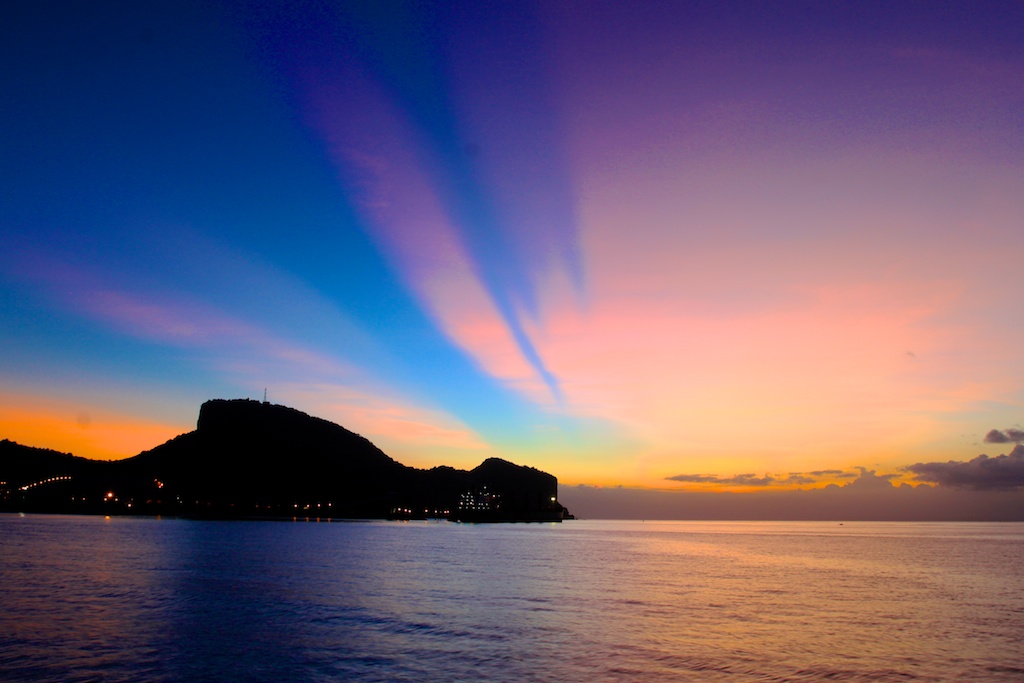 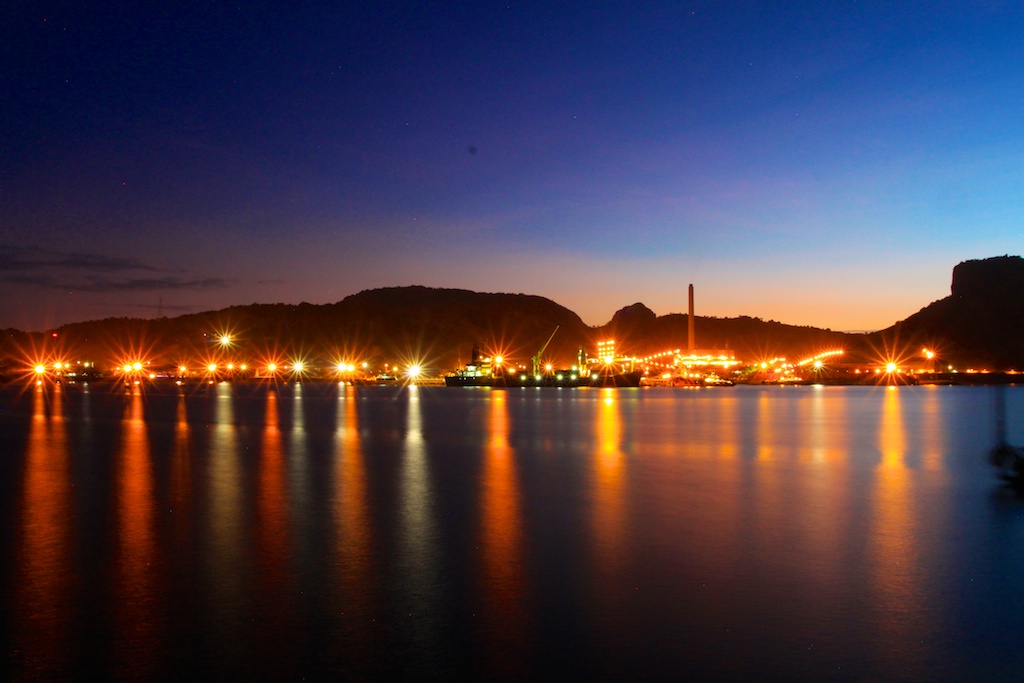 Amused by the way the local ants refuse to ingest any of the Ant-Rid I brought especially for them all the way from Australia. They approach it with caution, and appear to have some sort of safety summit on the sidelines – huddling together and exchanging thoughts on the situation, before scurrying away (obviously concluding that there is most definitely something suspicious about the substance). 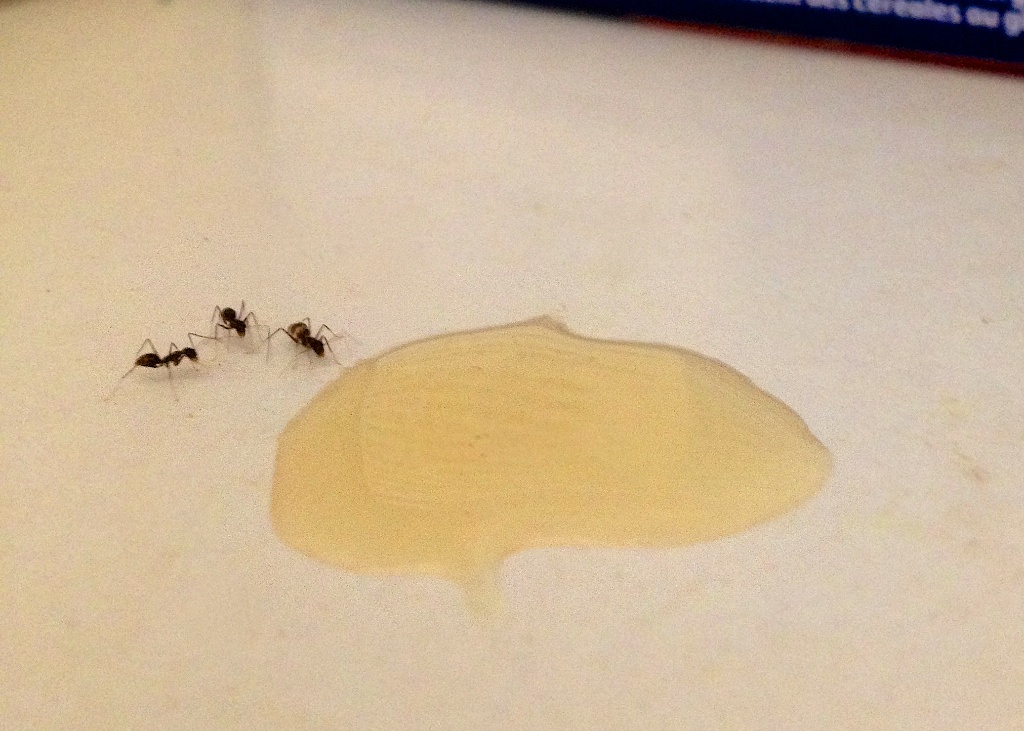 Thinking I might need to get myself an underwater camera so I can share this new world I’m discovering with you. I’m always a bit nervous about ‘what lies beneath’, but intrigued at the same time. We’ve seen some really cool fish, and some amazing coral – it really is another world down there! Watch this space! 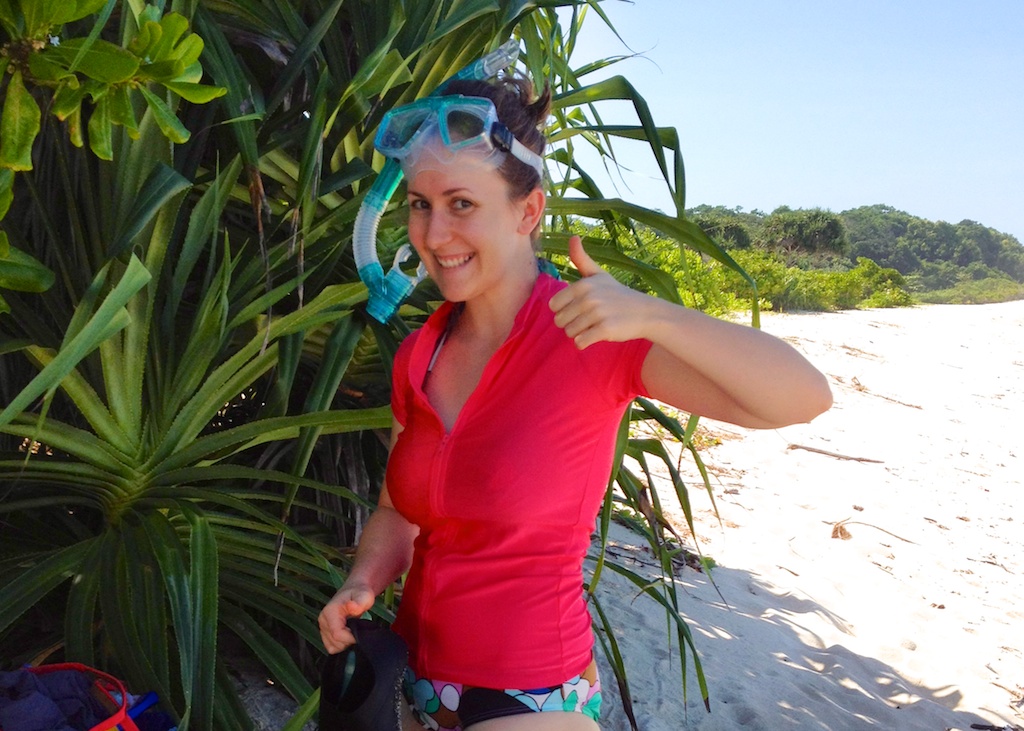 Wondering how close we came to being fried when we found ourselves caught up in the middle of a lightning storm during a stargazing evening on the beach. I had just set my camera up, pointing it towards the beautiful night sky to capture some stars when the storm started. Most of my photos look like the one below –  a flash of lightening captured mid exposure. We didn’t make any moves to leave as the storm seemed far away, and we’d just gone to the trouble of coating ourselves in insect repellent. Plus, there were fireflies everywhere, little fishing boats, a soft breeze – rather romantic! All of a sudden though, there was a HUGE white blinding flash all around us, that sent us both running for the car without so much as a ‘what was that?’. Another lesson learned. 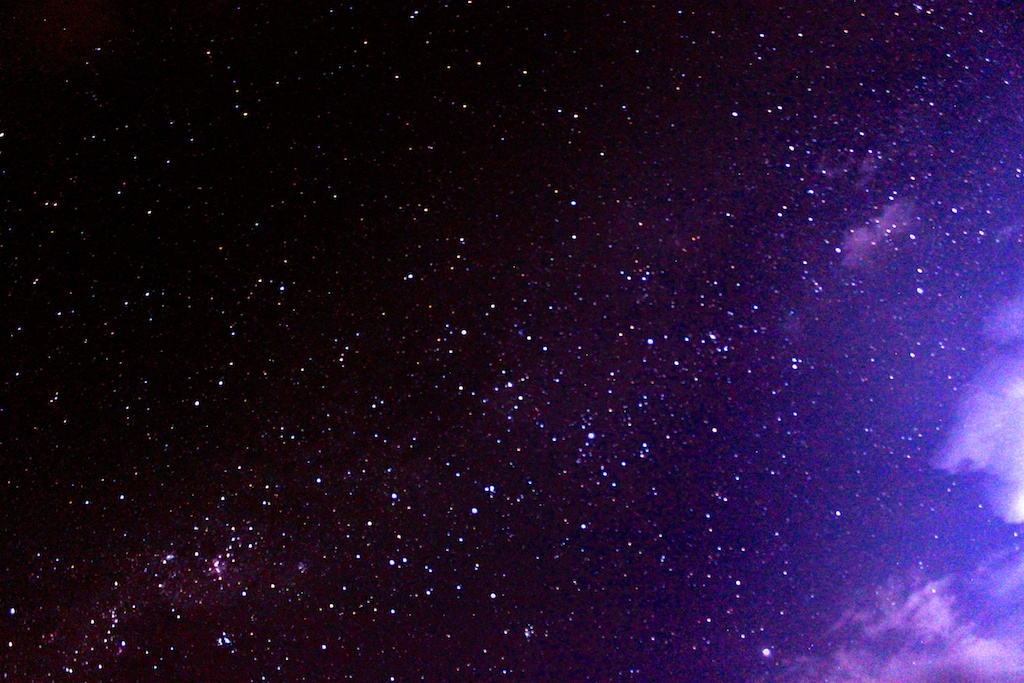 Feeling a bit shaken (excuse the pun) after sitting through my first earthquake on Saturday. I was sitting here editing some photos when my chair started rolling from side to side all on it’s own, and the windows and contents of the house began to rattle. It measured 5.4 in magnitude, thankfully it wasn’t a big deal, no harm done – but it was unsettling all the same. Perhaps the most unsettling thing was knowing that the tsunami siren could have gone off in the minutes following, and I’m still not exactly sure what my action plan would be, should that ever happen while I’m home on my own. It would involve climbing I suspect, I’m just not sure what.

Thinking of my mum last Sunday on Mother’s Day (and every day)! My mum makes this jungle island existence more bearable by keeping in touch with me daily on Viber (she’s even learned how to send photos!), so I never feel too alone. She spends a lot of time shopping for me and putting together awesome packages from Australia, which I love receiving! I had some handmade paper flowers custom made for her on the other side of the world, and I pretty much held my breath until I heard they were delivered to her on time!  I’ve heard that they’re beautiful and I can’t wait to see them in person when we visit! 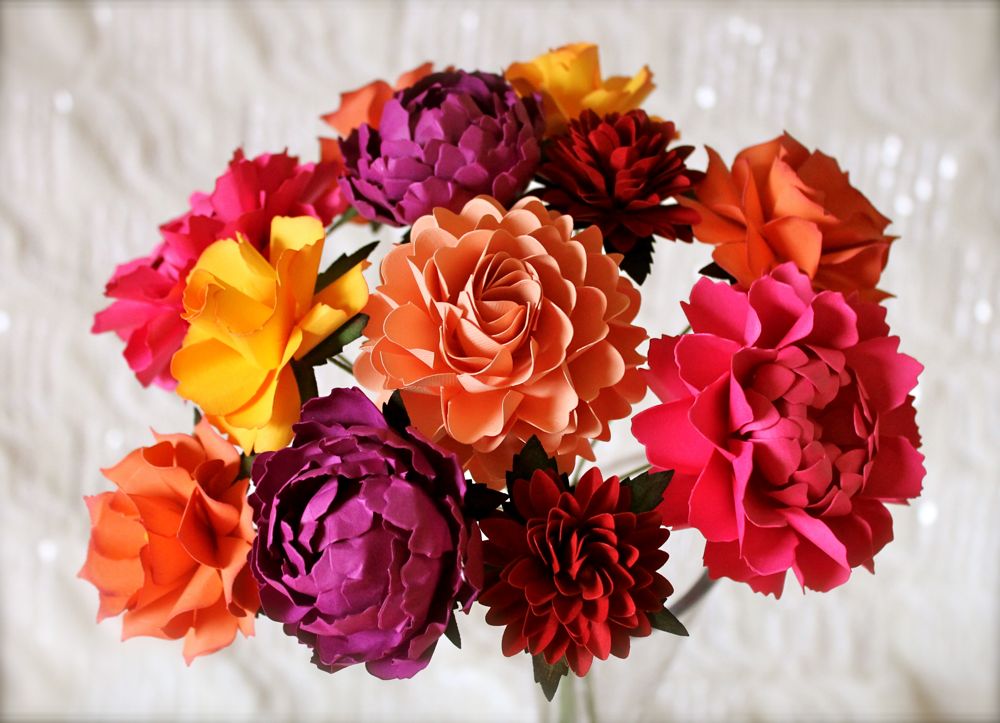 (Photo by Chantal at Dragonfly Expression)